A Super Easy Explanation of the Houses in your Astrology Chart


Posted by Elizabeth Spring at 4:18 PM No comments:

What are the North and South Nodes? Vedic Nodes, vs Western Nodes... 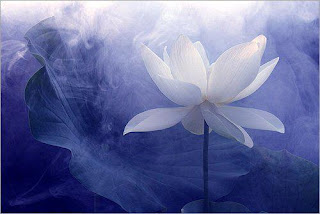 As many of you know, the North and South Nodes are mathematical points rather than planets, and are calculated by the intersecting orbits between the Earth, Sun, and Moon. Throughout the history of astrology these points have pointed to our re-incarnation history. The South Node describes the qualities of past incarnations and present spiritual lessons in this life, and the North Node describes the life direction, soul purpose, and compensatory behavior that is 'good medicine' for you now.

The Nodes can be seen as the trajectory of the Soul. Similar to the ancient astroglobes with an arrow piercing a circle (now often seen as garden sculptures) the arrow tip points in the direction of your North Node, like a North Star, and the South Node is the end tail of the arrow, and speaks symbolically of the past and the direction you want to move away from....old default habits. There needs to be a balance between the ends, because we cannot get rid of the past and the emotional memory (the lunar memory) of the South Node because it still resides below the surface of consciousness.

Western astrology, as practiced in the US and Europe see these Nodes quite differently from the Indian Vedic perspective which see the North and South Nodes negatively, and are known as Rahu and Ketu, representing the head and tail of the dragon. For Eastern Vedic astrologers, neither of these points are a blessing, nor are they understood within the context of the free will based Western astrology. Vedic astrology is more predictive and perhaps because it comes out of a culture that had few free will choices for the individual, the emphasis on the Nodes is quite different, and chart readings usually hold more fear and negativity. Charms and stones are recommended to undo the effects of the Nodes, and Westerners see this as superstition--rightly so!

Western astrology accepts reincarnation and a belief that karmic conditions can be seen in the chart, but that we have more power to change our lives now, based on self-understanding.

Fool's Gold: the Slippery Downward Slope of the South Node

Fool's Gold; the Slippery Slope of the South Node 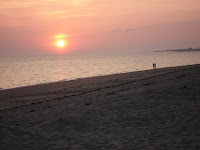 I'm thinking about another book, a sequel to "North Node Astrology; Redisovering Your Life Direction and Soul Purpose", and this new book, "South Node Astrology; " would focus on what each of us came into this life to change. Our re-incarnational agenda. how the emotional memory contained in the South Node influences how we live  in this life and why we keep repeating the same old mistakes and misjudgments. These patters sabotage us and keep us from living a better life, and loving more fully.

So what is this South Node?

From the point of view of evolutionary astrology, the sign of your South Node describes your default pattern in life. It describes a way of being in the world which doesn't work well for you anymore. It represents something you are comfortable with, because earlier in this life or in a previous life (if you believe in reincarnation) it was your habitual pattern and where you failed to live up to all you could be. So now, the Soul longs to move away from this and towards the potential and possibilities of your North Node.

The South Node represents an easy way out for us---our addictive tendencies, our unresolved conflicts and negative personality traits, and the limitations and failures from the past which can interfere with our ability to be all we can be. In looking at the sign of the South Node, one needs to look at what the lower octave--the negative side of the sign and house position is all about. The South Node represents what we didn't get right, or what was troublesome either earlier in this life or in a former life.

It’s important to remember the paradoxical nature of the signs and planets, and to keep reaching for the highest expression of them. All these signs can be played out in a higher, or wiser way, and a lower, or less conscious way. And although we don't want to keep falling back on what we know or what our default pattern is, it's helpful to remember that Carl Jung always said to watch for the "gold in the shadow." That shadow is the South Node!

We would be wise to think of the South Node territory as a potentially slippery slope. We need to be fully grounded before digging for the gold there--or what we may find could be just fool's gold. Illusion and disillusion dwell there, and it takes discernment to know what is real and what isn't real. Much to ponder.... 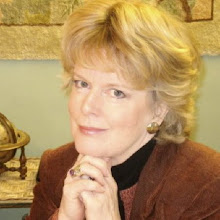